Ohlone Indians were the 1st known residents of Los Altos Hills. They were part of a group of Native Americans who once inhabited small villages throughout the Santa Clara Valley. Both Los Altos and Los Altos Hills have been substantiated as sites of early Ohlone villages. In 1955, Indian remains and artifacts such as mortars and pestles were found on the Peck property east of Moody Road. In 1964, developers on O’Keefe Lane unearthed more human remains and artifacts. Still later, in 1970, an Ohlone village and burial ground of major significance came to light on the Costello property on O’Keefe Lane, prompting archaeological study by Foothill College and others. Additional mounds and village sites have since been excavated along Permanente and Matadero Creeks.

Two large Spanish-Mexican land grants comprise Los Altos Hills: Rancho La Purissima Concepcion, 4,436 acres granted to Native Americans Jose Gorgonio and his son Jose Ramon in 1840 and sold to Juana Briones de Miranda in 1844 for the sum of $300; and Rancho San Antonio, 4,438 acres granted to Juan Prado Mesa. Adobe Creek was the boundary line of the 2 ranchos. The Briones and Mesa families were friendly and became related when two of the Mesa men married 2 of the Briones women.

In 1855 Juana Briones sold 3,000 acres to Martin Murphy, founder of the City of Sunnyvale, who had previously leased her land for cattle grazing. Murphy gave 2,800 acres to his daughter, Elizabeth Yuba, when she married William Taaffe, a prosperous San Francisco merchant. They built a home on what is now the Foothill Community College campus and had 4 children: William, Martin, and twin daughters Mary and Mathilda. Some of the Taaffe descendants still reside in Los Altos Hills. The 2 large ranchos were eventually parceled and sold as smaller ranches for cattle grazing and vineyards, mostly of Zinfandel grapes. Many Italian and French vintners lived on Purissima Road until a blight destroyed the vineyards near the turn of the century. Soon after, orchards of apricots, plums and prunes flourished.

With its millions of fruit trees producing a beautiful, aromatic sea of blossoms, Santa Clara Valley became the "Valley of Heart’s Delight" and so it remained well into the 1960s. Trains and tour buses brought countless travelers from near and far to glimpse this unique panorama.

Wealthy San Franciscans attracted to the area during this period built summer estates in Los Altos Hills. Among the many still standing are: The Shumate House on Viscaino, the Lohman and Griffin Houses on the Foothill College campus, the Morgan Manor (which for many years was operated as Ford Country Day School) on Stonebrook, and the Finn Mansion on Prospect. Both Morgan Manor and Griffin House are official Town Historical Landmarks.

The Town of Los Altos Hills was incorporated on January 27, 1956. Before then, residential development was constrained by numerous factors, including lack of a dependable water supply. Water from wells and creek beds was safe, but not always adequate. Headwaters for Hale, Adobe, Barron, Matadero, Purissima, and Deer Creeks are generated in local foothills characterized by heavily wooded banks and often-impenetrable areas of poison oak and chaparral. Homes and farms were usually on large acreage. The overall personality of the region was distinctly rural. In 1956, the many advocates for incorporating the City, to be known as "The Town of Los Altos Hills," were singularly dedicated to "preservation of the rural atmosphere of the foothills." Town founders formalized the Town’s guiding principles in a document called the "Green Sheets."

While many changes have taken place in the intervening years, most of the pleasant country aspects of the Town remain as new housing is constructed to accommodate the needs and lifestyles of today’s residents.

In 2016, the Town celebrated its 60th anniversary. To commemorate the occasion the Town distributed a History Anthology (PDF). A time capsule was dedicated in 2016, to be opened on the Town’s 75th anniversary, in 2031. 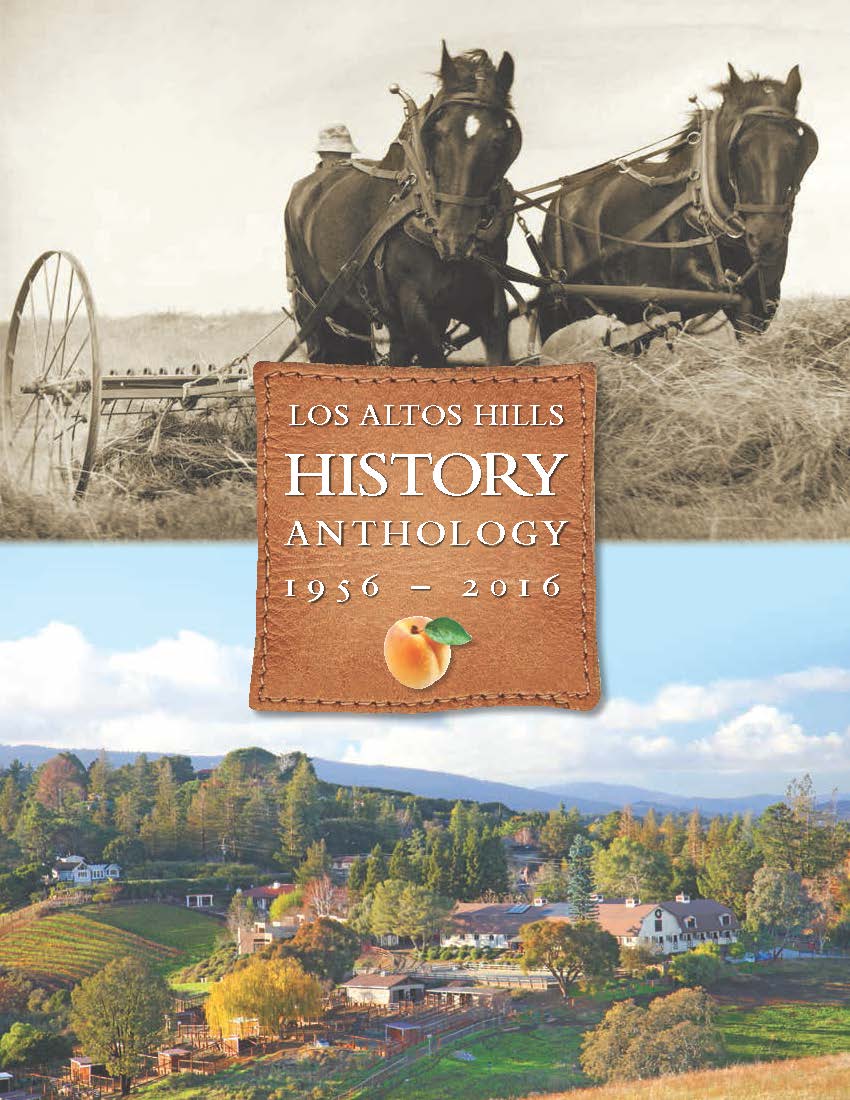